Yellowstone & Gettysburg: The Many Connections Between Two Iconic National Parks

While each National Park is unique, there exist many interesting connections that bind the various parks, places, and people together. Many Americans will come to Gettysburg National Military Park to see where “our nation was preserved.” Likewise, many more will travel to Yellowstone, the first and arguably most famous of the iconic natural parks. Few visitors however will realize the many connections these two singularly American places have in common. Here are but two of the many connections between Yellowstone and Gettysburg. I challenge you to find more!

Many students of the Battle of Gettysburg recognize the name of John Gibbon, famed commander of the 2nd Division of Winfield Scott Hancock’s II Corps. Gibbon and the men he commanded played a vital role in the repulse Pickett’s Charge on July 3, 1863. After the war, John Gibbon was appointed commander of the 7th U.S. Regular Infantry with the rank of Colonel. In 1872 , while post commander at Fort Ellis, Montana Territory ( near Bozeman) Colonel Gibbon was to provide soldiers from his command as the U.S. Army escort to the Hayden Geological Survey Expedition. Ferdinand Hayden, a noted geologist was to form a party to explore and document the region of the country that was to become Yellowstone National Park. Even though Colonel Gibbon did not personally escort or accompany the scientists on the Hayden Expedition, his knowledge of mapping and his experience in military logistics were so helpful that two important landmarks in Yellowstone National Park bear his name. Many visitors to Yellowstone find the exploration of the park incomplete without a dip in the Gibbon River, or a picnic lunch at Gibbon Falls. 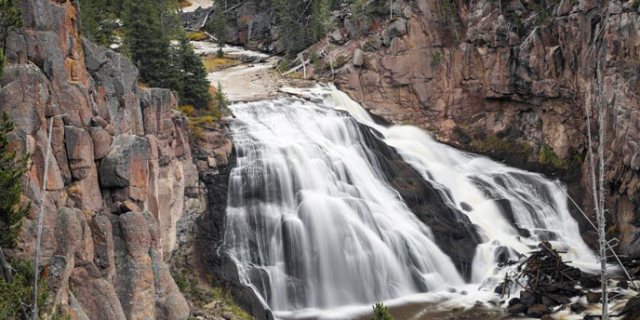 command of a contingent of Engineers serving under Gen. Henry Benham with the Union Army of the Potomac. As that army trudged northward, and ultimately as it pursued southward, Barlow and his men were constantly engaged in building pontoon bridges, repairing telegraph lines, and assisting with the unending logistics of keeping a 95,000 man army in motion and well supplied.

Nine years after his experiences on the battlefield of Gettysburg, now Brig. General John W. Barlow, Chief of Topographical Engineers on the staff of General Philip H. Sheridan, Military District of the Missouri, has been tasked to head up a U.S. Army mapping and surveying expedition to the region known as “ The Yellowstone.”

General Barlow was to link up with another expedition coming out of Fort Ellis, Montana Territory under the supervision of Ferdinand Hayden. The Barlow-Heap Expedition provided the necessary surveying and mapping skills to compliment the Geological Survey carried out by Hayden and his geologists. Gen. John Barlow and his army engineers contributed so much to the Hayden Expedition to Yellowstone in 1872 that one of the highest peaks in the park bears his name. Barlow Peak is a must see sight when visiting Yellowstone National Park.