The War on Boredom Vol. IV 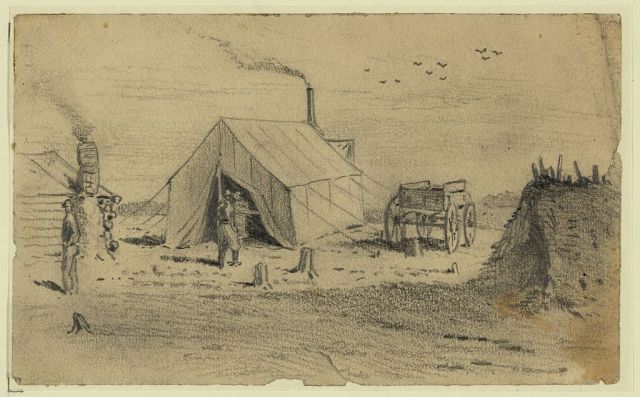 As more and more localities across the nation turn to “stay at home” orders in an attempt to slow the spread of COVID-19, yet another facet of our daily lives is feeling the impact of the first global pandemic of the twenty-first century.  Almost every state in the country is now requiring everyone to stay at home with the exception of those going out to get food and medical care.  While some businesses are certainly struggling to keep their heads above water and their checkbooks balanced, online retail sales have surged in the United States over the past three weeks as many Americans have been forced to purchase many “non-essential” items over the web rather than in-person.  For some, this can be incredibly frustrating as product selection may be limited, wait times for your product to arrive increase, and in some cases, shoppers are forced to pay higher prices of online retailers, knowing that the same product could be picked up on any given day at the local shopping mall at a lower price.

Nearly three million Civil War soldiers went through a similar experience shortly after leaving home.  While the government would supply clothing (if sparse at times), equipment for fighting and camping, food (as long as it was available), and an initial set of eating utensils and tin ware, everything else the soldier desired would become his responsibility for procurement.  Think of everything else you would want in camp-, snacks, desserts, any form of entertainment.  Furthermore, consider the fact that clothing and equipment would only be replaced at the will of the government. If a pair of shoes wore out, a soldier lost a fork or knife, or did not have enough warm clothing was on hand when cold weather arrived, he would have to procure all of these items on his own time with his own money.  There were generally two strategies for getting these things, one of which we have already discussed- getting a box from home.  The other is the topic of this blog post- the sutler.

When a visitor to Gettysburg National Military Park hears the term “sutler” for the first time, the Park Ranger is often met with a quizzical facial expression in response.  The word has its origins in the dutch language and has a loose translation as “one who does dirty work.”  No doubt, the original intention was for this term to be derogatory in nature though it appears that by the time of the Civil War, at least in the United States, much of the derogatory nature had worn off.  The sutler of the Civil War was a traveling merchant who followed both Confederate and Union armies selling their wares to the soldiers in need of extras in camp.  While the sutlers of the Civil War were certainly enterprising if not speculative profiteers of the war, many soldiers would depend on them to keep life as normal as possible in camp.  At any given time they could buy dried fruit, fresh fruit, dried meat, pickles, cakes and crackers to augment their rations.  In terms of personal hygiene, they could buy toothbrushes, perfumes and hair treatments.  To entertain themselves in camp there were often candles, playing cards, newspapers and tobacco products.  Indeed, when a sutler’s wagon arrived in camp it would have been quite the sight to see as they would be loaded down with enough of these items to hopefully supply a regiment for an extended period of time. 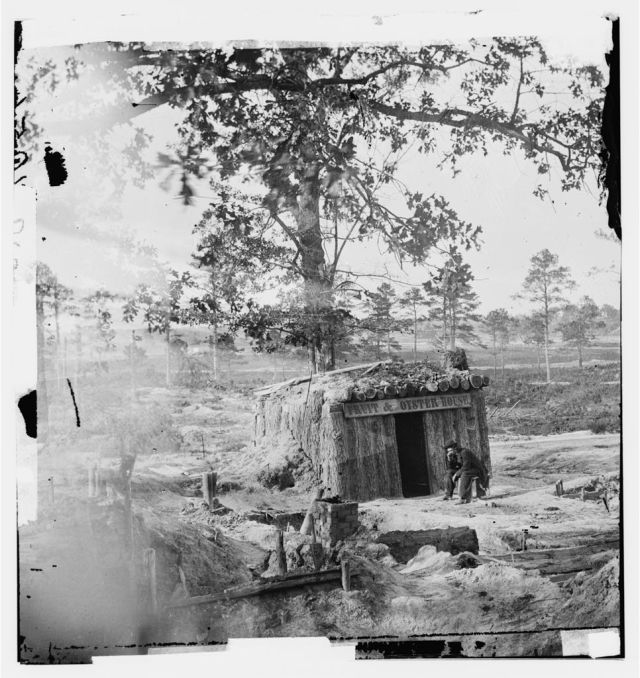 A sutler sets up shop outside the Union defenses of Petersburg, VA 1864. Library of Congress.

The scene of a sutlers shop would often prove to be the proverbial “water cooler” of a Civil War regiment – a place men would gather to discuss the wares that were for sale, the quality of the goods and the prices the sutler was charging.  Sutlers traveled in their own wagons and during the warm months would operate out of a tent.  During the winter if an Army was halted in place they would often set up small huts or shacks to operate out of in much the same fashion that his soldier customers were living throughout the winter.

“Sutlering,” the term used as a verb, could be at times, quite regulated under formal army codes.  For instance, in 1864 the United States War Department dictated under article twenty-nine that no sutler would be permitted to sell liquor.  The article also mandated what times a sutler could have their shop open in camp ensuring that they were closed by 9:00 PM every night and were not allowed to be open while church services were being held.  Furthermore, sutlers were often assigned to individual units so as to not concentrate all of the sutlers in one place and to make their wares available to a larger segment of the Army.  Their assignment became important when it came to the method in which payment was made to them. 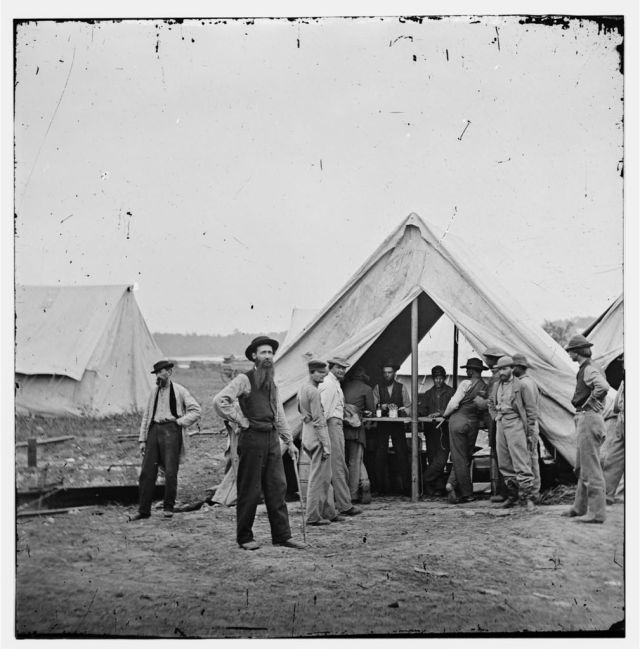 Soldier’s line up outside a sutler tent, Petersburg, VA, 1864. Library of Congress.

There were a number of ways sutlers would take payment from their soldier customers.  The simplest was cash payment; however, money would sometimes be in a shorter supply than the need for goods.  The sutlers, not wanting to lose business simply because cash was not present reverted to using either a credit system or by producing their own form of currency sometimes referred to as chits.  A line of credit taken by a soldier from a sutler would essentially put a lien on the soldiers pay which could legally be collected by the sutler directly from the unit’s paymaster when pay day came around.  Rather than keeping a simple paper tabulation of what a solider owed to the sutler, it seems as though a formalized system took hold in the Union army to prevent fraud on both the part of the soldier and the sutler.  Under this system, a soldier would request from his company commander a Paymaster Order, signed by the officer, which guaranteed that the soldier was owed a certain amount of money in the future, from the government.  This note would be given to the sutler and exchanged for what many called “chits.”  A chit was a form of currency issued by the sutler often in small paste board pieces but sometimes in metal stamped coins.  The sutler kept the order and the soldier kept the chits, spending them at his leisure as goods were needed.  When payday arrived the sutler could then take the paymaster order and collect his money directly from the source rather than have to track down each soldier and collect what he was due.

As mentioned earlier this payment system worked in conjunction with the sutlers being assigned to individual units.  Because the sutler was assigned to an individual unit then he knew that he would be able to get in touch with a paymaster to collect his debts.  If he were not assigned to a unit and any soldier from any unit shopped at his tent, then there was no guarantee that he would be able to collect from all of the paymasters of the soldiers that had done business with him in the intervening time between paydays.

The unintended consequence that came from the system was that soldiers felt as though they were bound to an individual merchant which had a monopoly on his money and could set their prices at whatever they chose as the competition was all but eliminated.  Indeed, we see soldiers sometimes calling sutlers “skinners” and the area they may be set up was sometimes called “robbers row.”   Sometimes tempers ran high towards the sutlers, resulting in thievery or wholesale ransacking of an entire sutlers shop if the soldiers became unruly.  Nevertheless, the sutlering business boomed from the start of the war to its conclusion.

As the world’s response to COVID-19 continues to evolve, more and more Americans will find themselves at home doing more and more of their shopping from a limited number of companies who are able to keep their doors open and their goods flowing out to customers.  For some soldiers during the Civil War, the goods they purchased at the sutlers were certainly vital to the continuation of life, for others, spending time window shopping, discussing the wares with their comrades or buying a little treat for themselves served as a way to take their mind off the reality of serving in the ranks of America’s deadliest military conflict.  We hope you have enjoyed Volume IV of The War on Boredom.

1 Response to The War on Boredom Vol. IV